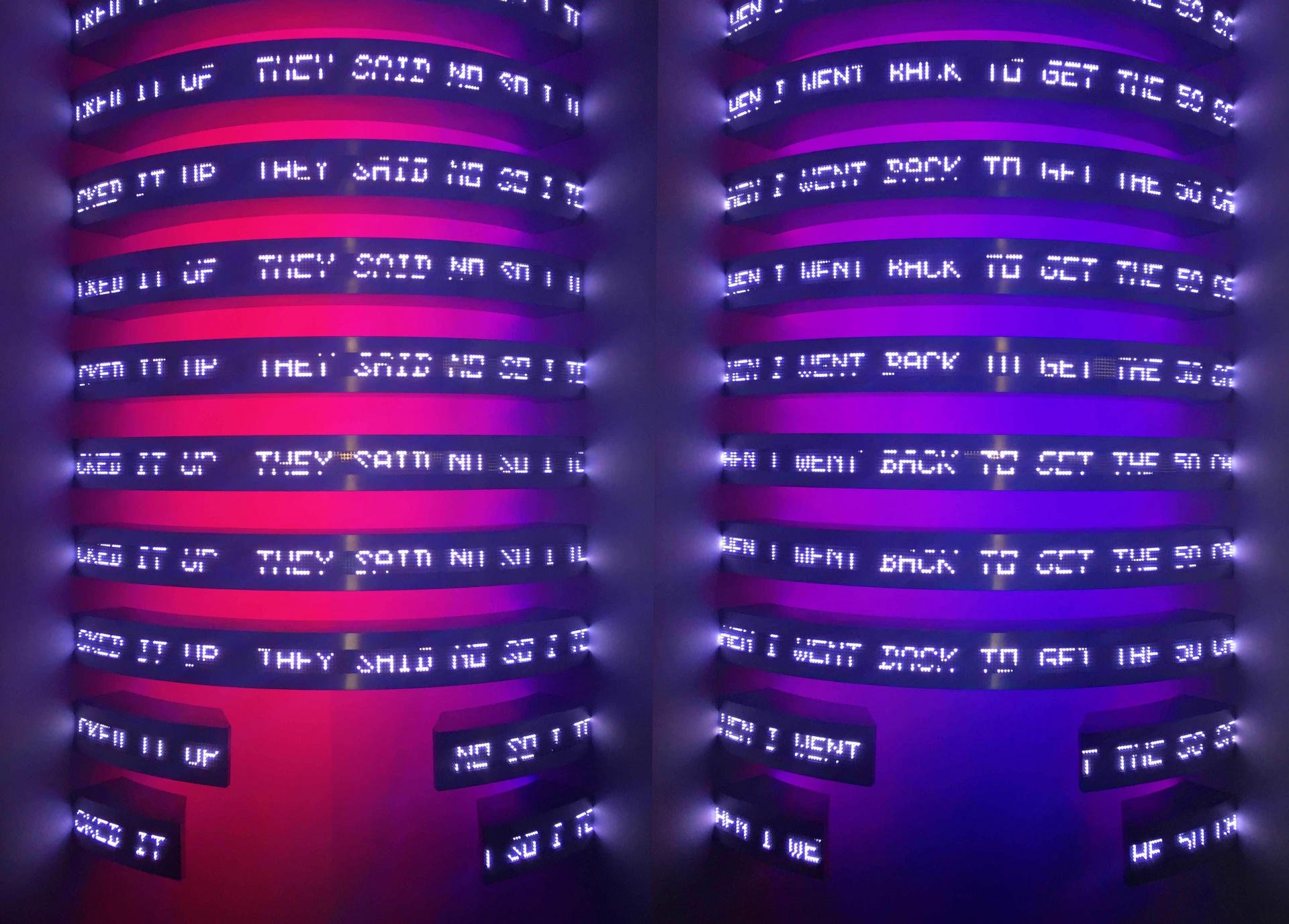 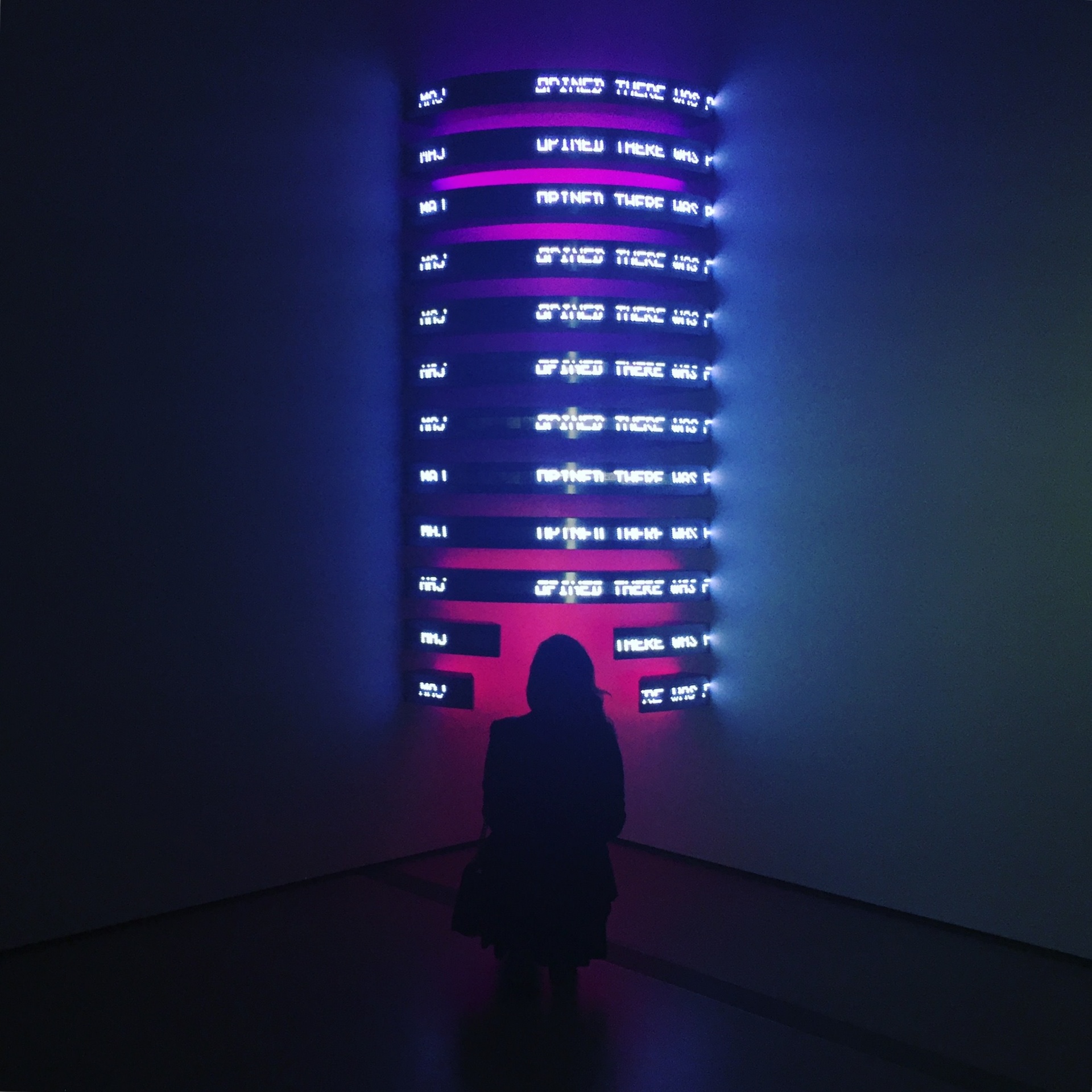 Technology has indelibly become a new media for contemporary artists. Jenny Holzer is one of them.

In the 1980s, Jenny began using LED signs in her artwork, engaging a form usually associated with entertainment and advertising as a medium for her challenging texts. Over the years she has been able to accelerate and slow the words’ delivery with increasing precision, opening up a playful range of speed and pattern for writing that is often dark and angry. Of late, LED displays have been supplemented with xenon lamp projectors as her favored methods of text transmission.

Last month, while visiting The Broad Museum, I was mesmerized by animated rays of light in the darkest corner of the room. It was Thorax, the arched LEDs of moving text that become sculptural elements. Looming over aight feet tall and situated in a corner, the work assembles a ribcage, curving LEDs part at the bottom like the bones below the sternum. Simultaneously, the work looks like a holding cell, a place to jail or perhaps even torture. Though a human figure is not depicted, Holzer’s sculpture implies an enduring body. The scrolling text contains declassified U.S. government documents from 2004 about Iraq War, including accounts of physical brutality, further locating the body as a scene of savagery. As a ribcage, Thorax stands to encase and protect, while as a jail cell, it acts to trap and punish. In both cases, Holzer’s work literally sheds light on the real and potential violence authorized in war.